The place where we write some words 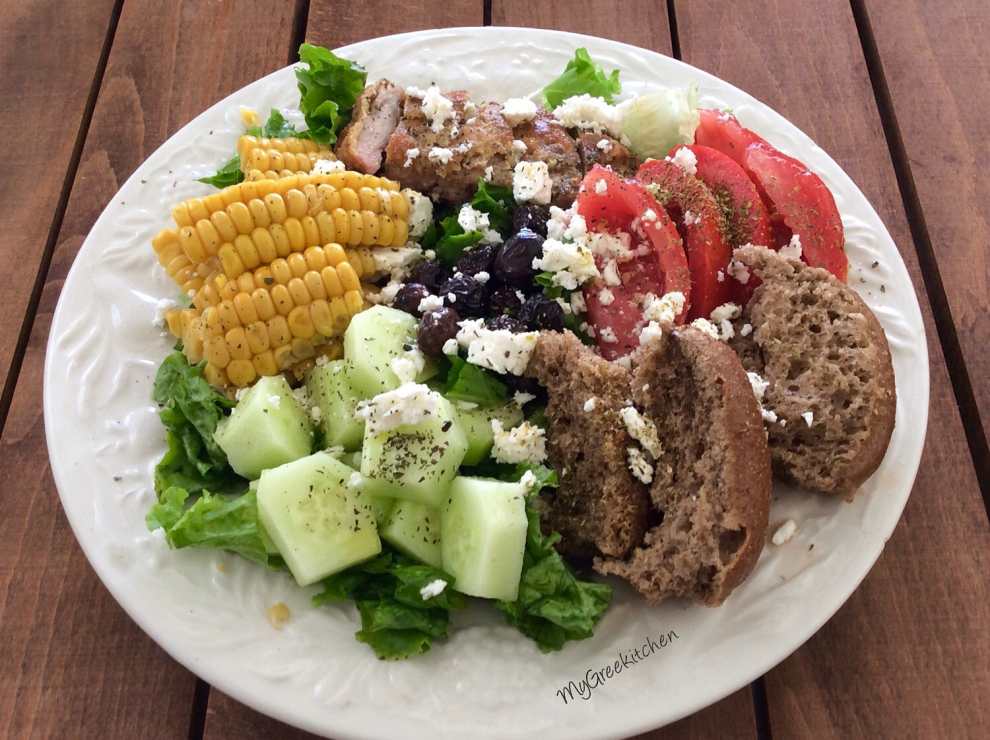 Dakos is a Cretan meze, consisting of a slice of soaked barley rusk topped with chopped tomatoes , olives and crumbled feta cheese, and flavored with herbs such as dried oregano.

Today the traditional “dakos” met chicken, lettuce and corn and they united to create an amazing dish !!

Cretan Dakos Chicken Salad is another meal in a salad! Full of Greek flavours , healthy, easy and super delicious !! 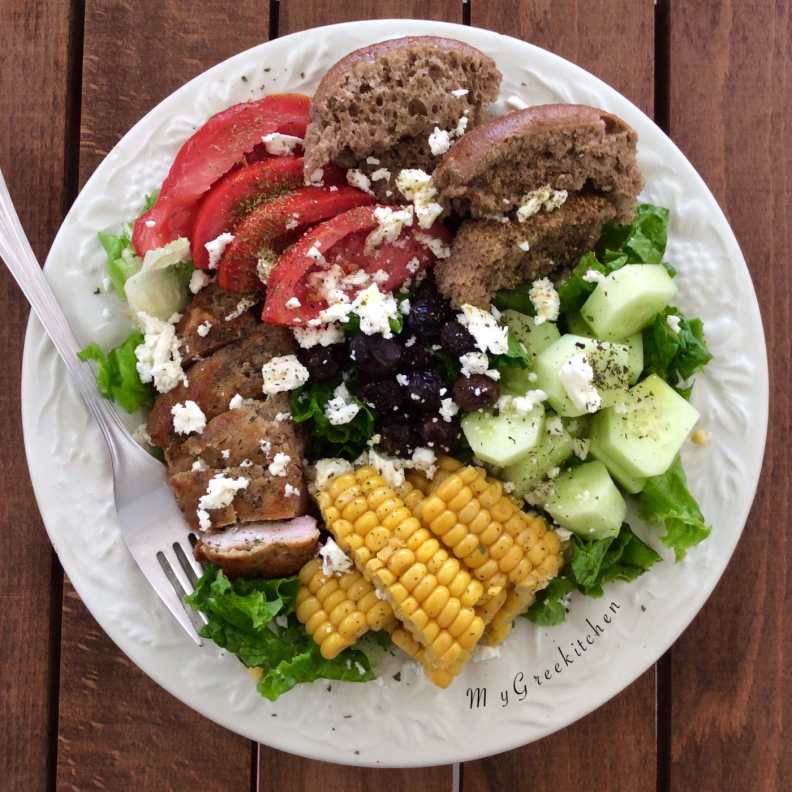 For The Salad:
*2 cups romaine lettuce leaves, washed and shredded
*2 tomatoes, cut into wedges
*1 large cucumber, sliced
*1 corn steamed, kernels cut off
*½ red onion, sliced thinly
*1 cup Greek Feta Cheese  , crumbled
*1/4 cup Greek Olives
Directions:
Whisk together all the dressing ingredients in large, shallow dish. Pour out ½ cup to use as the dressing; reserve in the refrigerator for later to use as the dressing.

Add the chicken to the marinade in the shallow dish and evenly coat; cover and allow to marinade for 30 minutes.

While chicken is marinading, prepare all of the salad ingredients in a large bowl.
Moisten the rusks, with water and cut into pieces.
Heat a large grill pan over medium-high heat. Remove the chicken from the marinade and add to the pan along with any marinade left over in the bowl. Grill or sear until the chicken is golden on the outside and cooked through.

Remove chicken from the pan and allow to rest for 5 minutes. Slice thickly and arrange over salad.

Drizzle with the remaining dressing, and serve! 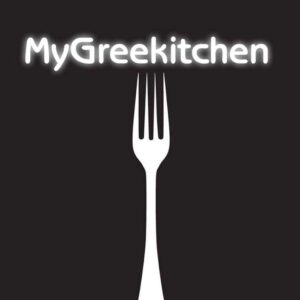