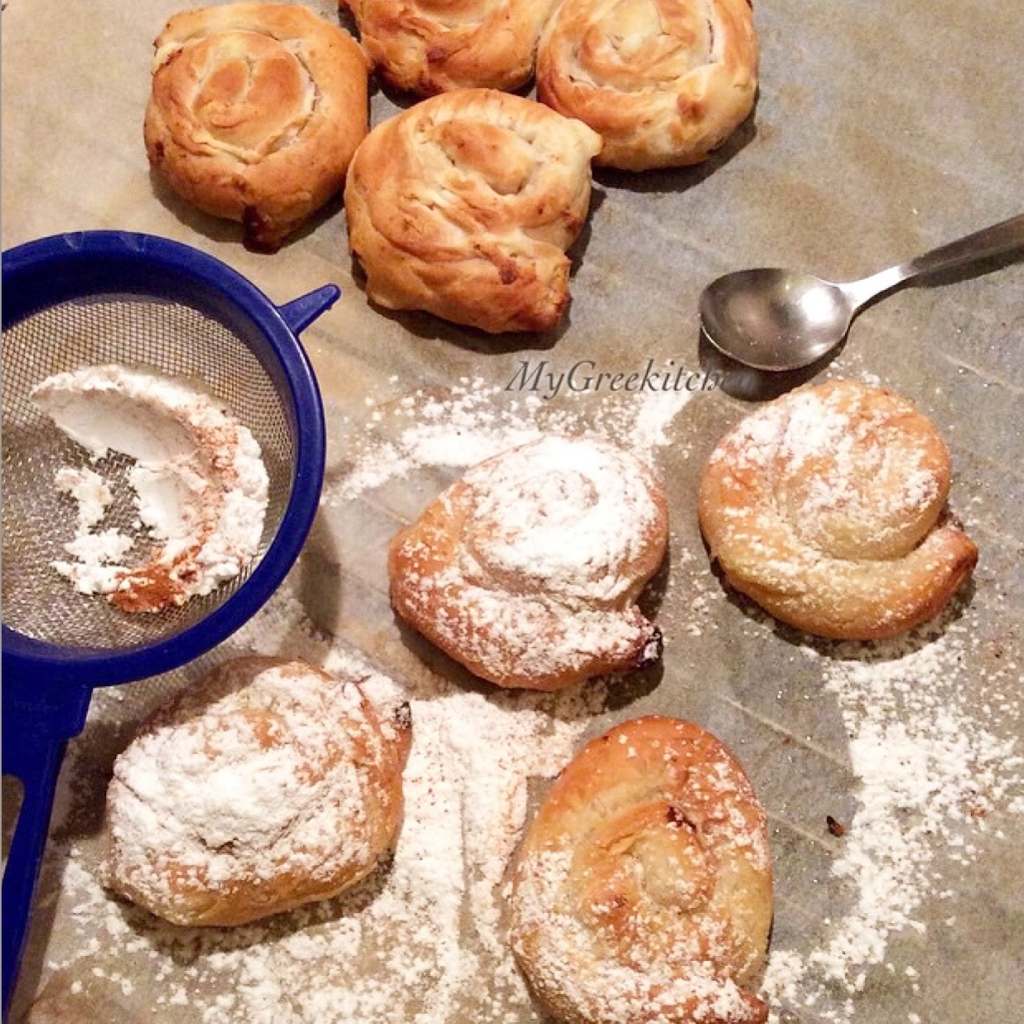 Bougatsa is a Greek breakfast pastry consisting of either semolina custard, cheese, or minced meat filling between layers of phyllo.

Bougatsa  is prepared from phyllo dough wrapped around a filling. After it is baked, it is cut into serving pieces and served hot. If the filling is semolina custard, then the pastry may be lightly dusted with powdered sugar and/or cinnamon.

Most modern bougatsa is made with machine-made phyllo, but some cafes and bakeries selling hand-made bougatsa still exist, especially in smaller towns and villages of Greece.

Warm the milk and lemon peel in a saucepan. Stir in semolina until the mixture is thick.
In a mixing bowl, beat the eggs, sugar, and vanilla until light and add to the pan, stirring over medium-low heat until it reaches a creamy custard consistency.
Remove from heat, take out and discard lemon peel, and allow to cool completely.

Lay out one of the phyllo sheets and brush with butter.

Place a second sheet of phyllo on top and spread custard lengthwise and carefully roll lengthwise.

Then, take the rolled phyllo and shape into a snail, and place on a buttered oven pan. Repeat the process with the remaining custard

After all pies are placed on the pan, lightly butter and bake in a preheated over at 170C for 30 min, until golden.
Sprinkle with cinnamon, icing sugar and serve.