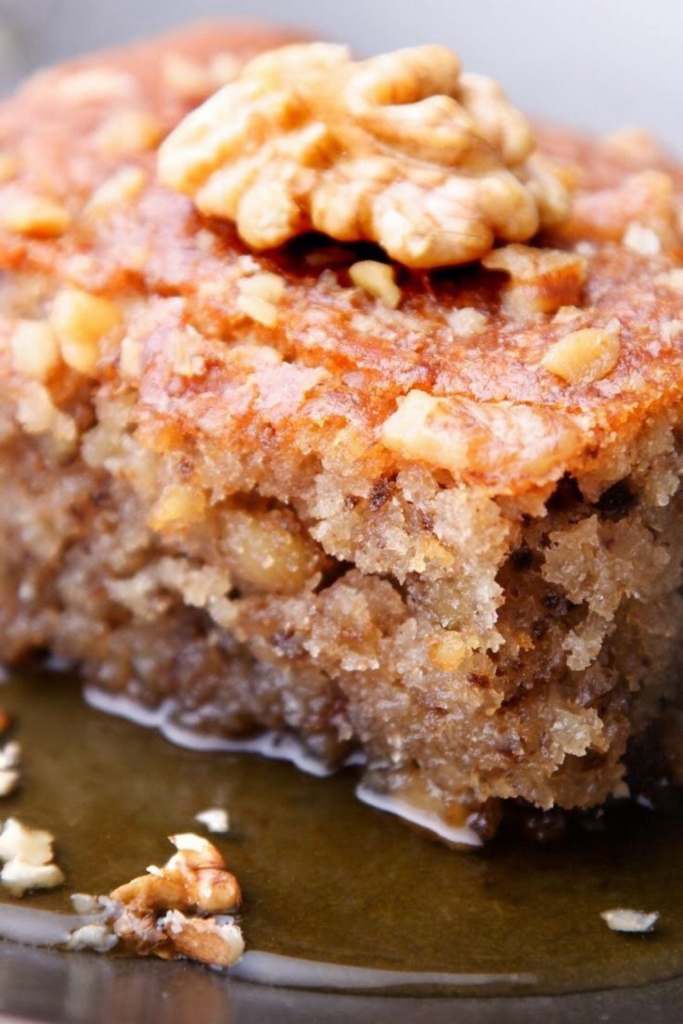 Karydopita is a Greek dessert cake made primarily from walnuts and covered in a sweet syrup. Its name is a compound word which derives from “karýdia” (Greek for walnuts) and “pita” (Greek for pie)
There are several variations of the dish, with unique ingredients used in both the syrup and cake. Some common additions include, but are not limited to, orange zest, cloves, brown sugar, and spiced rum or cognac.

Fluffy and extra syrupy! A mouthwatering Greek walnut cake recipe, scented with the aromas and blends of cinnamon and grounded clove.

Combine the flour, baking powder, salt, cinnamon, clove  and orange rind. Set aside.
In a large bowl, cream together the butter and ¾ cup sugar until light and fluffy.

Beat in the eggs one at a time.
Beat in the flour mixture alternately with the milk, mixing just until incorporated. Stir in the walnuts.
Pour batter into prepared pan. Bake in the preheated oven for 40 minutes, or until a toothpick inserted into the center of the cake comes out clean.

For the Honey Syrup:
In a saucepan, combine honey, 1 cup sugar and water. Bring to a simmer and cook 5 minutes. Stir in lemon juice, bring to a boil and cook for 2 minutes.
Allow to cool for 15 minutes, then cut into diamond shapes. Pour honey syrup over the cake.

Serve Karydopita with some vanilla ice-cream aside.