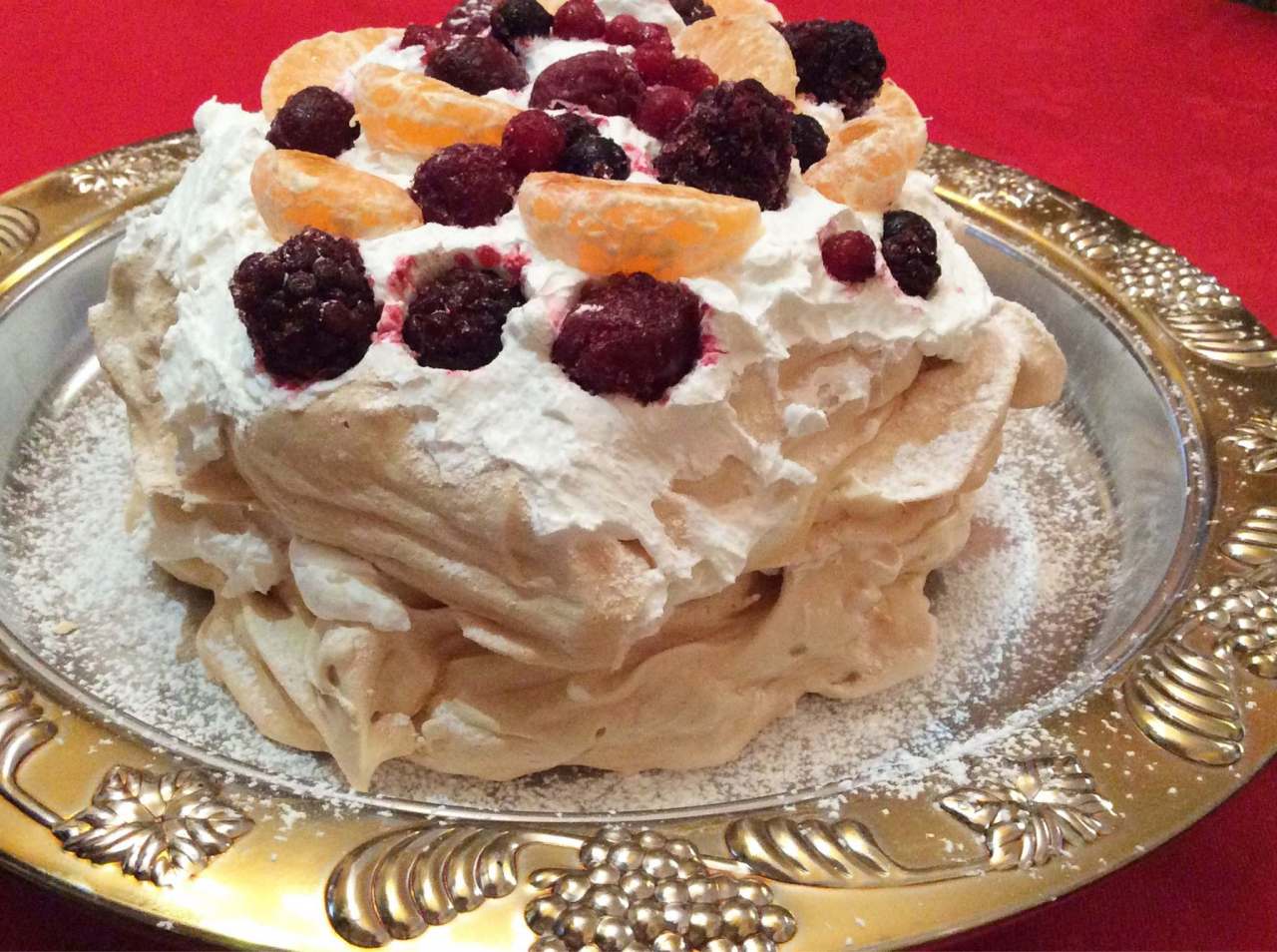 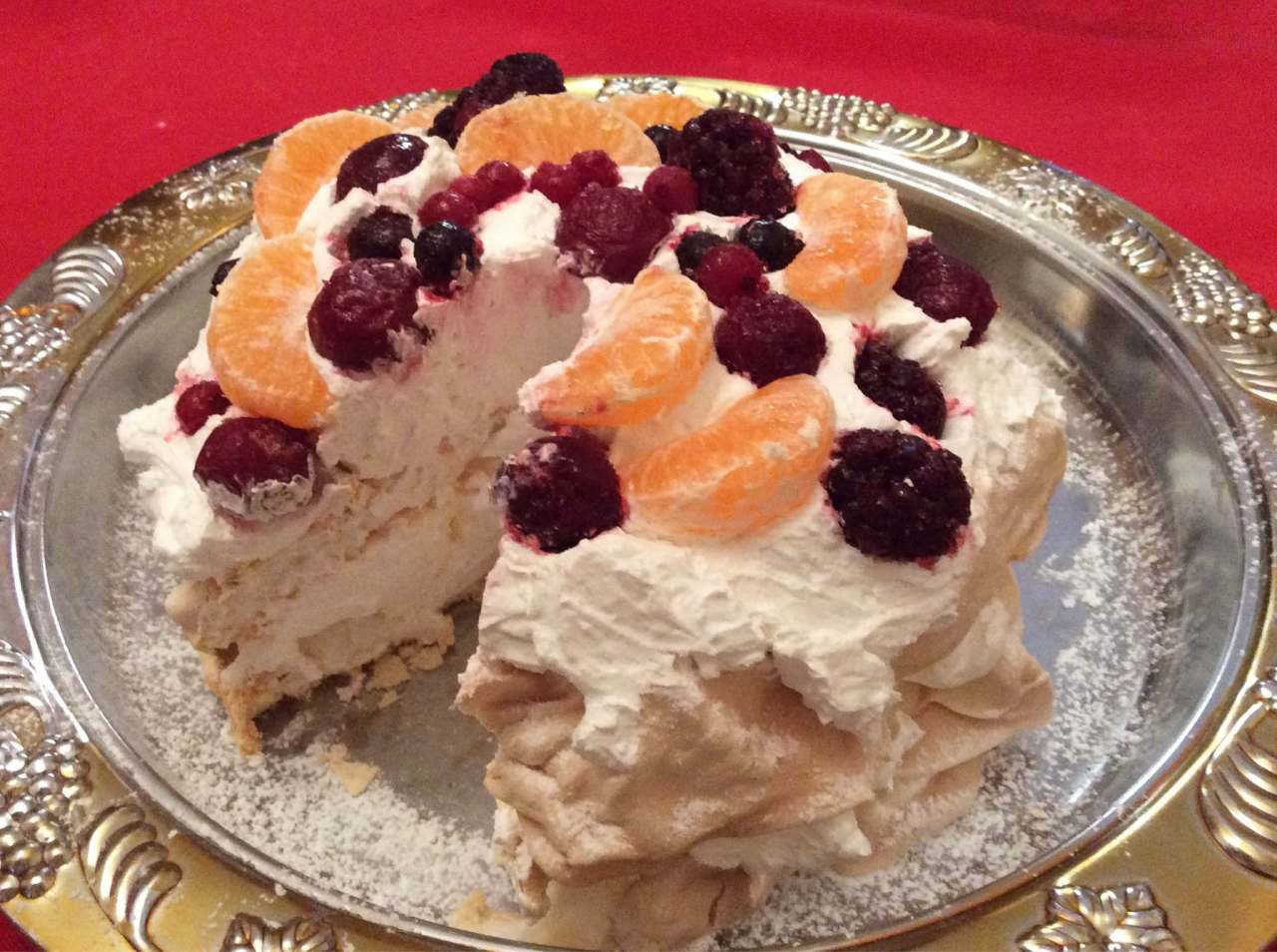 Optional Toppings
* Fruits of your choice
* icing sugar (to dust) 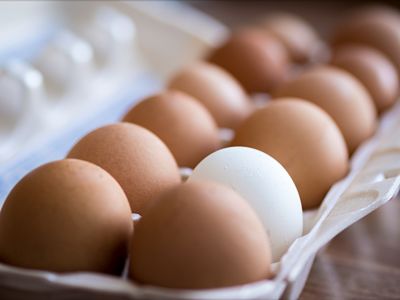 First up, preheat your oven to 150 C, and line your tray with baking paper.

Pop your egg whites into the mixing bowl and attach the whisk. 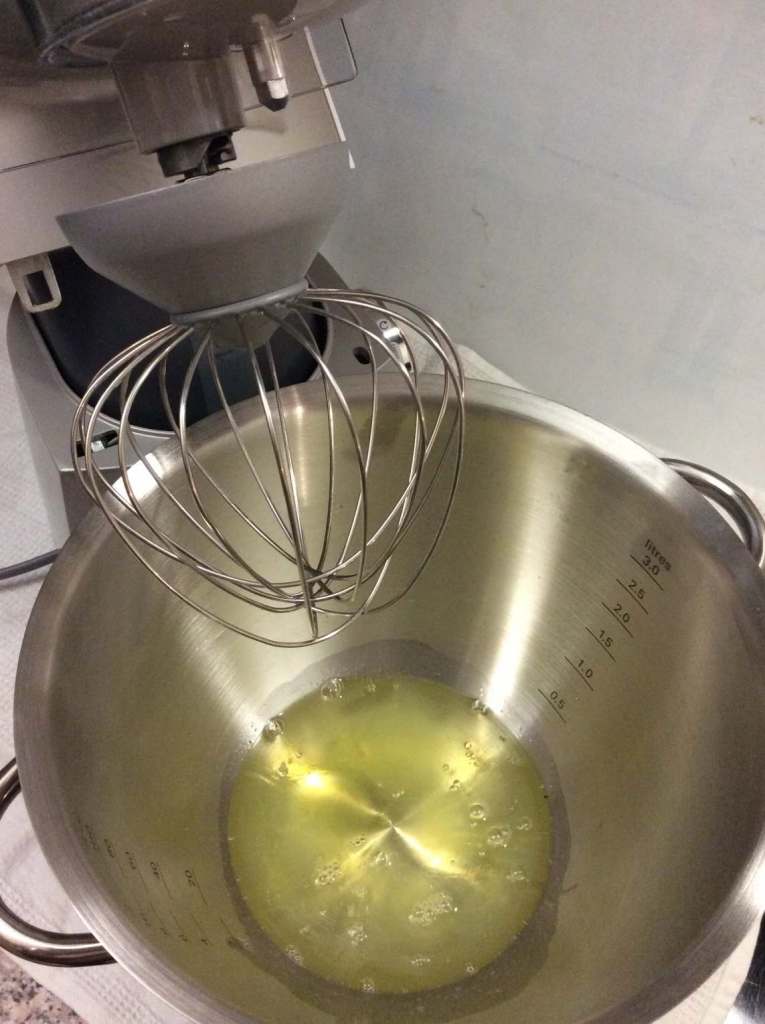 Whip the egg whites until turn into bubbly soft peaks, up the speed and add the sugar and cornflour, then increase speed and beat until you’ve got a smooth, glossy meringue mixture. 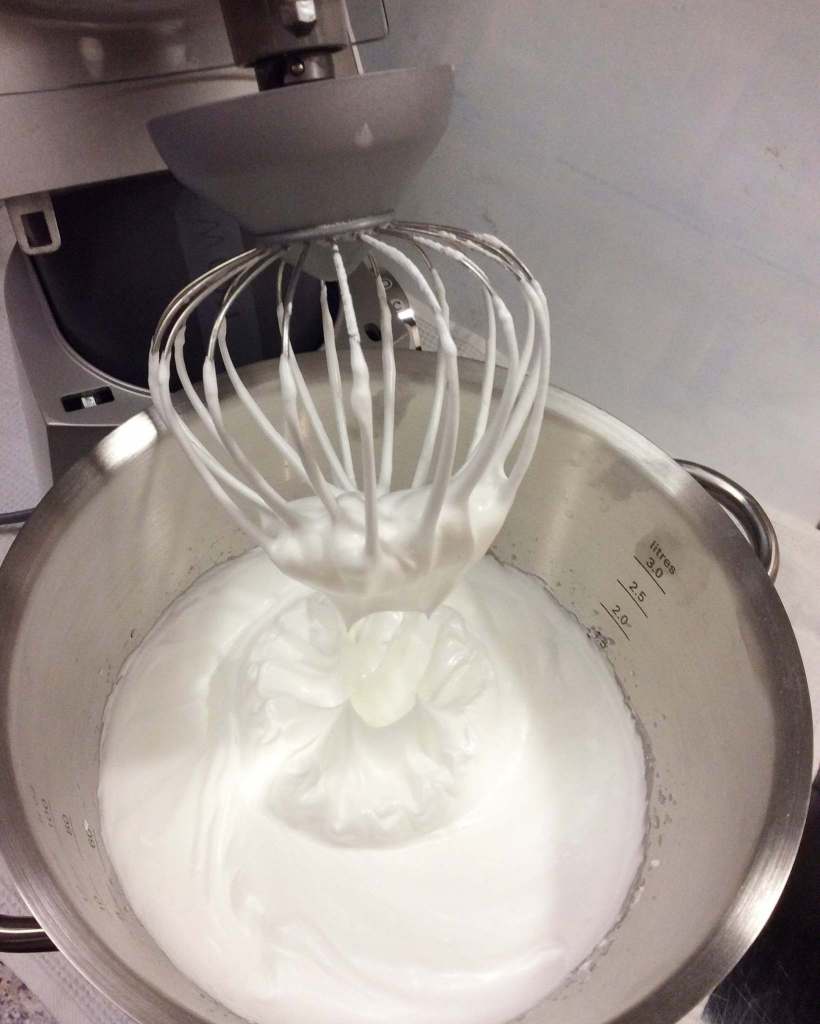 Reduce the speed and pour in the vinegar and vanilla essence. Mix for 1 minute.

Now scoop out the meringue mixture onto the lined baking tray and form two rounds. 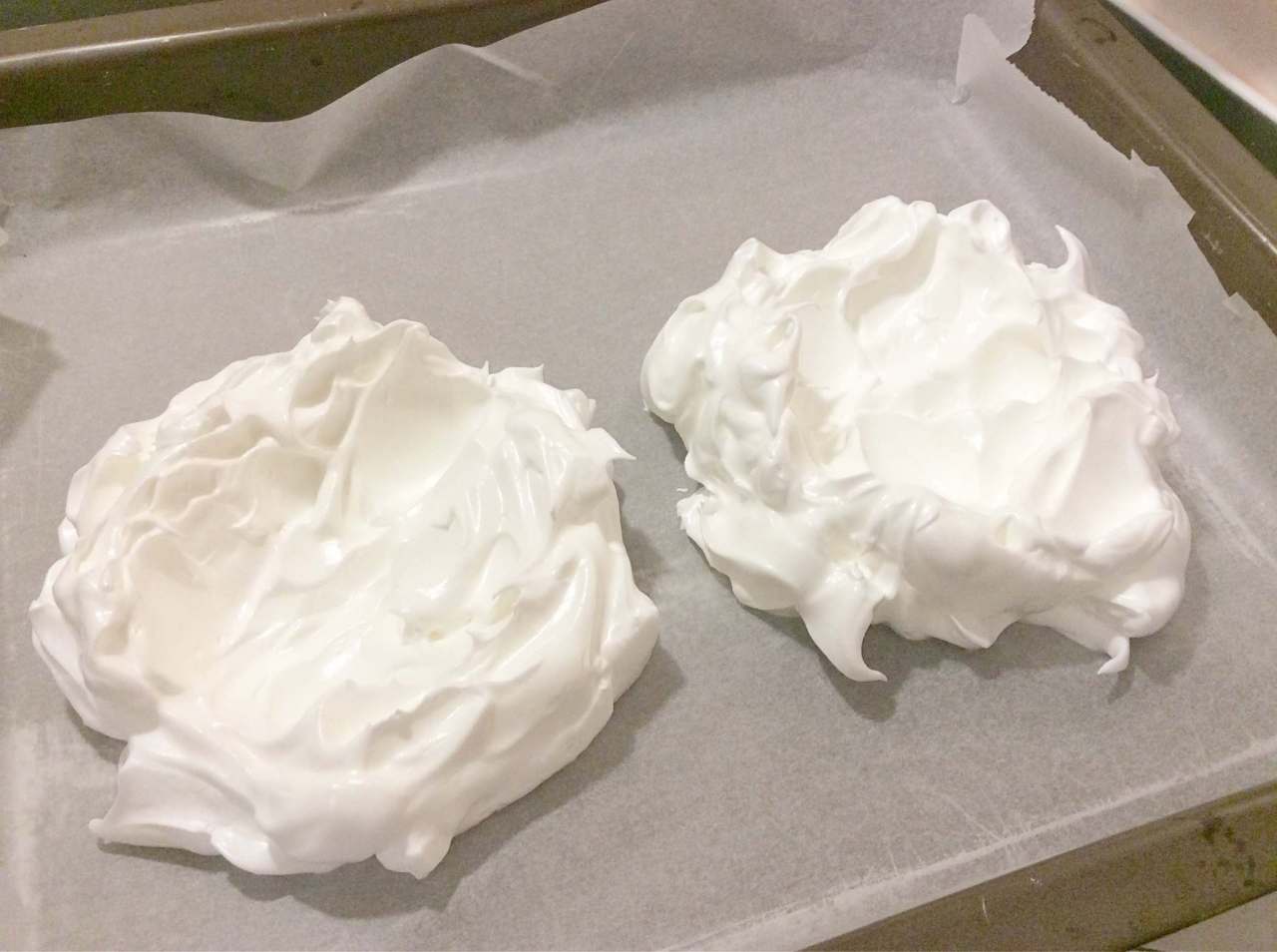 Pop in the oven and bake for between an hour to an hour and a half until the meringue has set into a crunchy, crispy outside with a soft golden glow.
When cracks start to appear on the top, switch off the oven and allow the pavlova to cool in the oven with the door slightly open.
When the pavlova has cooled completely its time to make the whipped cream by pouring the chilled whipping cream into a mixer bowl. Beat on high speed until the cream starts to get fluffy. Add the sugar and the mascarpone cheese and be careful not to over whip the cream.
Set the whipped cream aside. 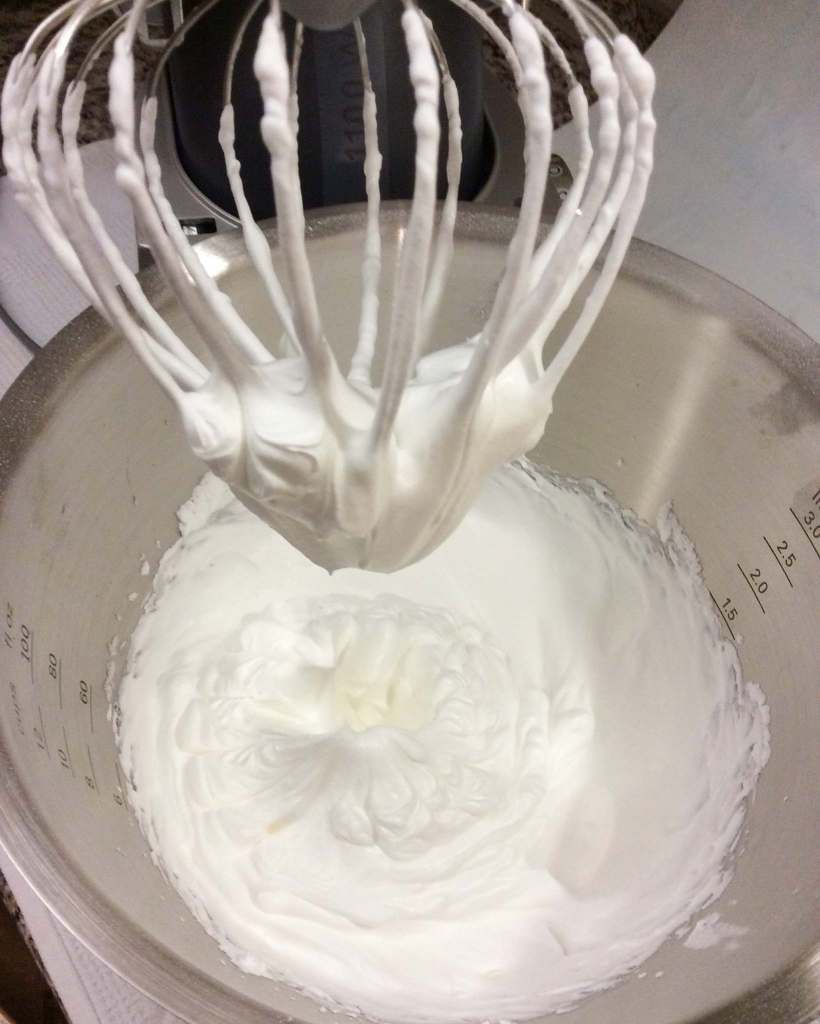 Assemble the pavlova by placing one of the rounds on a serving platter. Top with half of the cream.
Place the second round on top of the filling and cover with the rest of the whipping cream. Top with your favorite fruits, dust with icing sugar and serve. 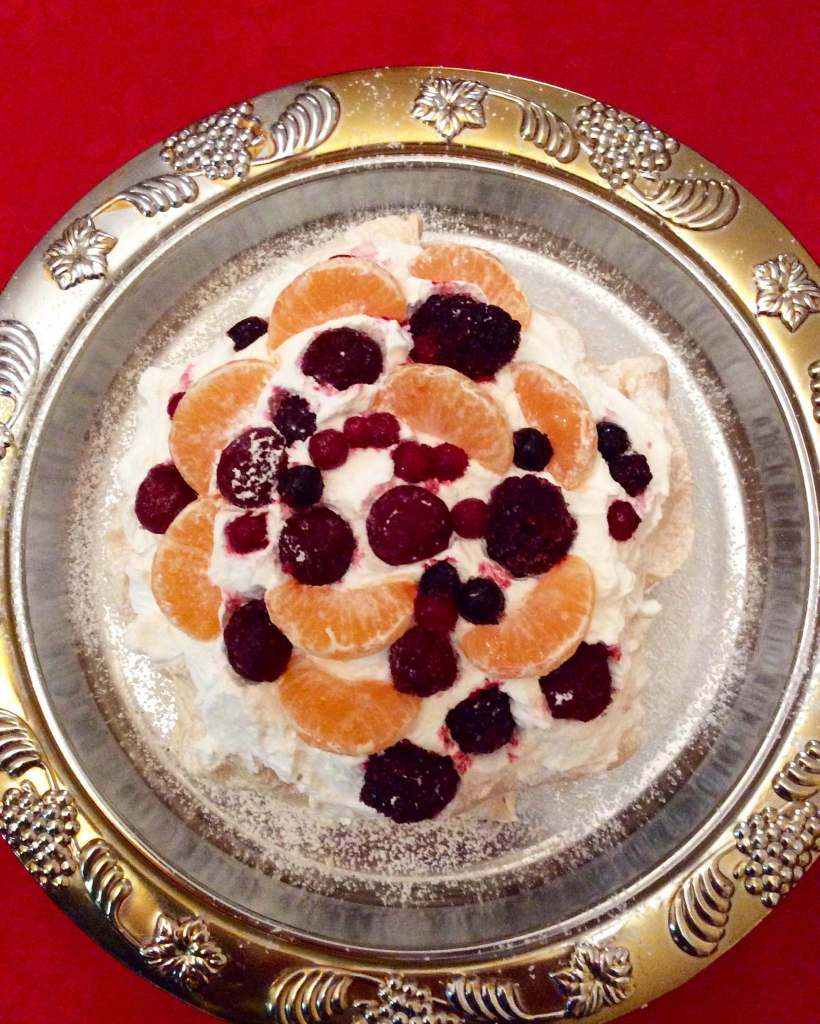